In the era of changes in the international tax landscape, establishment of substance in their chosen jurisdiction is of imperative importance to the businesses, particularly when they are looking to relocate for purposes of tax efficiency.

Home  /  News / Publications  /  Personal Taxation in the Republic of Cyprus 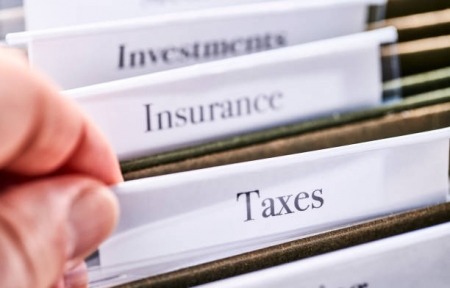 PERSONAL TAXATION AND CONTRIBUTIONS
Any individual who is a tax resident in Cyprus is subject to the following taxes:
• income tax
• special defence contribution on dividend
• interest and rental income
• capital gains tax on gains from the sale of real estate in Cyprus

It is to be noted however that the obligation to special defence contribution depends on the domicile status of any individual person being a Cyprus tax resident.

In addition to the above, any individual working in Cyprus may also be subject to social insurance and other contributions.

Notwithstanding of the fact that a person has established themselves as non-domicile residents in Cyprus and therefore not subject to Special Defence Contribution tax, a person which is Cyprus tax resident shall be subject to personal on their worldwide income, subject to exemptions and allowances.

Establishment of Tax residency -The 183 Day Rule
Tax residency in Cyprus is established where an individual spends more than 183 days in Cyprus.

Establishment of Tax residency - The 60 days rule
As from 1 January 2017, an individual may also be considered a Cyprus tax residency subject to the below
• is not a resident of any other country for a period exceeding 183 days in aggregate
• he/she is not a tax resident by any other country
• resides in Cyprus for at least 60 days
• has other defined Cyprus ties, such as carrying a business activity in Cyprus and/or be employed in Cyprus and/or hold an office (director) of a company tax resident in Cyprus at any time in the tax year, provided that such is not terminated during the tax year. The individual must also maintain in a permanent residential property in Cyprus, either by rent or ownership.

Establishment of a Non-Domicile Status
In accordance with the provisions of the Wills and Succession Law domicile may be by origin, i.e. the domicile by birth or domicile established by the physical presence in a specific country.

Irrespective of the domicile of origin or choice, individuals who have been tax residents in Cyprus for at least 17 out of the last 20 years prior to the tax year in question, will be deemed to be domiciled in Cyprus for the purposes of the Special Contribution for Défense Law.

On the basis of the foregoing, foreigners who establish themselves as Cyprus tax residents will automatically be considered as non-domiciled persons for a maximum of 17 years and shall therefore not be subject to the Special Defence Contribution tax on interest and dividends.