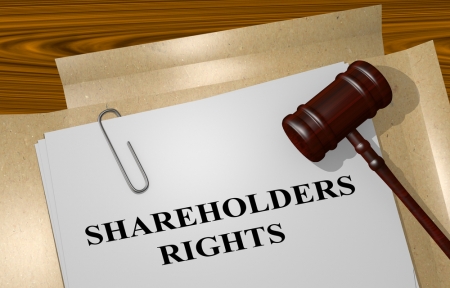 I. MAIN SHAREHOLDER RIGHTS
Shareholders have the right to be given notice in accordance with the provisions of the Companies law, Cap 113 so as to attend and vote at the Company’s Annual General Meetings as well as the Company’s Extraordinary General Meetings.
If the shares a shareholder holds have the right to receive dividends, such a shareholder shall be entitled to receive dividends distributed on a pro rata basis.
In the event that the Company will be wound up, a shareholder shall be entitled to receive a share of the Company assets on a pro rata basis.
At the same time, It is also not uncommon for shareholder agreements to be entered into (in relation to private companies) to regulate such matters, as well as to grant additional rights or impose obligations (such as drag-along, tag-along rights/obligations in the event a shareholder wishes to divest its interest in a company).

II. RIGHTS DEPENDENT UPON PERCENTAGE OF SHARES
Subject to any specialised provisions in the articles of association granting express rights or setting thresholds or limitations, the calling of a shareholder’s meeting (requisition) or to ask for the appointment of an inspector requires a minimum 10% shareholding, and a 5% threshold for adding items to the agenda of the general meeting for listed companies.
Generally, a shareholder’s agreement and/or the company’s articles of association may contain provisions requiring a particular percentage of shareholder voting in order to pass and implement specific corporate arrangements.

V. VOTING RIGHTS OF SHAREHOLDERS
Any changes to the Company’s structure require shareholder approval. The approval may be provided in the context of an annual general meeting, an extraordinary general meeting or by way of a written resolution (if the articles of association allow for the latter option).

Ordinary Resolution
The passing of an ordinary resolution requires a simple majority of the members attending a general meeting (over 50% having the right to attend and vote) is required for the approval of the following:
i. appointment and removal of the company’s director;
ii. alteration of the company’s share capital (including increase of share capital, consolidation and division of share capital, sub-division of shares into shares of smaller amount and cancellation of shares, conversion of paid-up shares into stock);
iii. appointment and removal of auditors.

The company’s articles of association may stipulate a greater voting threshold, or reserved matters beyond those prescribed by law that would also require shareholder approval apart from the removal of a director which cannot require a greater voting requirement.

VIII. SHAREHOLDER PARTICIPATION IN COMPANY MANAGEMENT
The day-to-day management of a company is carried out by the board of directors, subject to any restrictions/controls on the directors carrying out their functions in the articles of association.

Subject to the provisions of the company’s articles of association, a shareholder can be appointed as a director and be part of the board of directors. There are no formal qualification requirements for appointments to the position of a director of a private companypursuant to the Companies Law, Cap 113. It is to be noted however that other regulatory requirements may apply for companies that are regulated.

XI. DISCLOSURE OF SHAREHOLDERS’ INTERESTS IN THE COMPANY
The shareholders of companies regulated in other EU markets become subject to disclosure obligations. Specifically, shareholders must notify the company, the Cyprus Securities and Exchange Commission and the Cyprus Stock Exchange (if the shares are listed on the CSE) when their shareholding reaches, exceeds, or falls under 5%, 10%, 15%, 20%, 25%, 30%, 50% or 75%.

XII. SHAREHOLDERS’ RIGHTS TO GRANT SECURITY OVER SHARES
Shareholders are generally entitled to grant security interests over their shares, such as pledges on share certificates, assignments of rights, liens and charges. The right to pledge or offer the shares as security is subject to the provisions of the articles of association and subject.

XIII. THE RIGHT ON THE SALE OR TRANSFER OF SHARES
In the cases of private limited liability companies, the right to sell or transfer a shareholder’s shares in the Company is always subject to the right of pre-emption and the obligation to first offer them to existing shareholders pro rata before they are sold to an outsider. The articles of association of the Company will stipulate the manner in which the pre-emption rights will be exercised and on what terms the shares will be sold.

XIV. SHAREHOLDERS’ RIGHTS IN THE EVENT OF LIQUIDATION/INSOLVENCY
In the event of the Company’s insolvency,shareholders are entitled to receive the distribution of the company’s capital or assets, depending on the rights attached in their shares. Distribution to the shareholders however will be subject to the company retaining a surplus following payment of the distribution of assets in costs of the winding-up; preferential debts; floating charges and unsecured creditors.

Alternatively, the shareholders may pass a special resolution requiring the company to be wound up voluntarily.

XVI. SHAREHOLDER ACTIVISM
Shareholder activism in the management and overall affairs of a company is not common in Cyprus.
The Applicable Companies Law, Cap 113 and the Corporate Governance Code applicable to companies listed on the Cyprus Stock Exchange are the main statutory provisions that allow (or restrict) shareholder activism. Relevant provisions are also found in other legislative acts, such as the Market Abuse Regulation (MAR) and the Market Abuse Law (MAL), as well as regulatory acts governing and regulating listed companies, such as the Transparency Requirements Law and the Take-Over Bids Law.

The means stipulated in the Companies law, Cap 113 for shareholders’ intervention ranges from requisitioning general meetings to requesting information about statutory books, records and financial statements and from appointment a removal of directors as well as to more aggressive forms of action such as the appointment of an inspector, to derivative claims and applications to the court on the “just and equitable” principle for abuse/oppression of minority rights.