Home  /  News / Publications  /  Companies and Taxation in the Republic of Cyprus 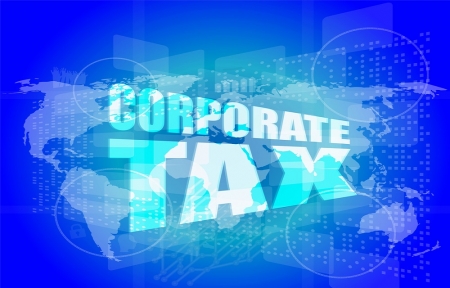 CORPORATE TAX IN THE REPUBLIC OF CYPRUS
The income tax rate imposed on companies is 12,5% on net profits.

Exemptions
Per the Cyprus tax law certain types of income or gains are exempt from corporation income tax:

Income
• Dividend income
• Interest income (excluding interest income arising in the ordinary course of business or closely connected with the ordinary carrying on of the business)
• Gains made from foreign exchange (FX) gains, with the exception of FX gains arising from trading in foreign currencies and related derivatives
• Gains from the disposal of Securities
• Up to the whole amount from gains arising from a loan Restructuring
• The whole amount of profits arising out of a permanent establishment maintained outside the Republic (subject to conditions)
• Rental income earned from a preserved building, (this is subject to certain subject to conditions)
• Up to 50% of any income arising from the audio or visual industry
• Capital gains from the disposal of intellectual property rights under the new IP regime.

Deductible Expenses
In calculating the taxable income of the company, all expenses incurred wholly for the production of income are taken into consideration, as follows:

Non-deductible expenses
The following expenses are not deductible in calculating the taxable income of a company:

• The whole amount of expenses not incurred wholly and exclusively for the production of income
• The whole amount of expenditure not supported by appropriate documentation
Business entertainment expenses - Amount in excess of 1% of the gross income or €17.086 (whichever is lower)
• Private motor vehicle expenses
• The whole amount of interest payable or deemed to be payable in relation to the acquisition of a private motor vehicle, irrespective of whether it is used in the business or not, or other asset not used in the business. This restriction ceases after seven (7) years from the date of acquisition of the relevant asset.
• The whole amount on salaries relating to services offered within the tax year on which social insurance and other contributions have not been paid in the year in which they were due. Note: In case the contributions (including any penalties and interest) are paid within two years following the due date, such salaries will be tax deductible in the tax year in which they are paid.
Interest expense incurred for the acquisition of shares in a wholly owned (direct or indirect) subsidiary shall be deductible for income tax purposes provided that this subsidiary does not own (directly or indirectly) any assets which are not used in the business. If this subsidiary does own (directly or indirectly) assets that are not used in the business, the interest expense that corresponds to the percentage of assets not used in the business will not be deductible. This applies to shares acquired from 1 January 2012 onwards.

LOANS OR OTHER FINANCIAL ASSISTANCE PROVIDED TO COMPANY DIRECTORS OR INDIVIDUAL SHAREHOLDERS
Any amount provided by a company as a loan or financial assistance to a director, or to an individual shareholder, or to his/her spouse, or to any relative up to second degree is considered as a monthly benefit equal to 9% per annum calculated on the amount received. Such benefit is included in the individual’s income subject to income tax.

LOSSES CARRIED FORWARD
Companies are able to carry forward tax losses incurred in a year over the next five years from the end of the tax year in which they were incurred and such losses can be offset against any taxable income.

The companies are both Cyprus tax resident companies and members of a group for the whole of a tax year. In the case where a subsidiary company is incorporated by its parent company during a specific tax year, the subsidiary company will be considered as being a member of the group for the whole tax year and therefore will be able to claim group relief for that tax year; or

The surrendering company is registered in and is a tax resident of another EU Member State country provided that the EU company had exhausted all possibilities available for using the losses in its respective country of tax residency or in the country where its intermediary holding company has its legal seat.

A partnership or a sole trader transferring business into a company can carry forward tax losses into the company for future utilization.

The interposition of a non-Cyprus tax resident company does not affect the eligibility for group relief as long as such company is tax resident in either an EU country or in a country with which Cyprus has signed a tax treaty or an exchange of information treaty (bilateral or multilateral).
Where a company has been incorporated by its parent company during the tax year, this company will be deemed to be a member of the group for group relief purposes for that tax year.
A partnership or a sole trader transferring business into a company can carry forward tax losses into the company for future utilization.
Losses from a permanent establishment abroad can be set off with profits of the Company in Cyprus, Subsequent profits of the permanent establishment abroad are taxable up to the amount of losses previously allowed.

REORGANIZATIONS
Transfers of assets and liabilities between companies can be effected without tax consequences within the framework of a reorganization.
Reorganizations include:

ANTI TAX AVOIDANCE PROVISIONS
Cyprus has introduced certain anti tax avoidance provisions
as a result of the adoption of the EU ATAD Directive (2016/1164). In brief those provisions are the following:

1. Controlled Foreign Company Rule (CFC)
The non-distributed income of a foreign CFC which arises from non-genuine arrangements which are controlled by the Cyprus parent entity shall be added to the taxable income of the Cyprus entity and taxed in Cyprus (subject to certain conditions and exceptions).

2. Interest Limitation Deduction Rule
Under this provision the excess of the borrowing cost which exceeds 30% of the taxable earnings before interest, tax and deductions would not be tax deductible for the purpose of calculating the taxable income of a company. However, any excess borrowing cost is deducted up to the amount of €3.000.000 per year.

3. General Anti Abuse Rule (GAAR)
This rule provides that an arrangement or series of arrangements which are considered as being non genuine and which are not put
in place based on valid commercial/economic reasons shall be ignored for the purposes of calculating the tax liability of a tax payer.

5. Exit Taxation
Exit taxation may apply in Cyprus to an amount equal to the market value of an asset less its value for tax purposes where such asset is transferred/moved outside Cyprus (i.e in cases of transfers between head office to a permanent establishment or where a company moves its tax residency outside Cyprus).

Fund management companies
• Subject to taxation under Corporation Tax at the rate of 12,5 %.
• Management fees charged to regulated funds are generally exempt from VAT (subject to conditions).
• The variable employment remuneration of certain employees and executives of investment fund management companies or internally managed investments funds which is connected to the carried interest of the fund managing entity may be subject to Cyprus tax at the flat rate of 8% with a minimum tax liability of Euro 10.000 per annum.
This mode of taxation is available for 10 years in total provided that the employee was not a tax resident in Cyprus prior to his/her employment and provided further that he/she was not a Cyprus tax resident for at least 3 out of the 5 years preceding the year of employment.

Ship Owning Companies
As per the Merchant Shipping Legislation, qualifying ship owners, ship managers and charterers of qualifying EU/EEA (European Economic Area) ships and foreign ships (under conditions) in qualifying activities are exempted from all direct taxes and are taxed only under tonnage tax.

Non EU/EEA vessels are allowed to enter the tonnage tax regime provided that the fleet comprises of 60 % EU/EEA vessels.
Also an exemption is provided in relation to the salaries of officers and crew of a Cyprus ship
The application of the tonnage tax system is compulsory for the owners of Cyprus flag vessels and optional of non-Cyprus flag vessels, ship managers and charterers. Those who choose to enter the Tonnage Tax regime must remain under this regime for at least 10 years.

Ship Owners
The tax exemption applies to:
• Profits deriving from the use of ships and from the disposal of qualifying ships.
• Profits from the disposal of ship owning companies
• Dividends received from the above profits
• Interest income in relation to the working capital of the company.
• To the bare boat charterer of vessel under under parallel registration.

Ship Managers
Ship Managers must fulfil the following criteria in order to be considered as qualifying:
• To maintain a fully-fledged office in Cyprus with sufficient personnel in number and qualifications, 51% of whom should be citizens of EU /EEA
• To manage at least 2/3 of the total tonnage of the qualifying Member State.
• The tax exemption applies to qualifying ships in a given fiscal year from the territory of the EU/EEA
• Profits from technical crew management
• Dividends paid out of these profits
• Interest income in relation to the working capital of the company.
The term ship management services means the services provided by a ship manager to an owner or bareboat charterer of a ship by virtue of a relevant written ship management agreement, relating to the crew management services and/or to the technical management services of the ship. A ship manager who provides commercial management services will not be considered as a qualifying ship manager for such services and will be liable to pay income tax on the corresponding part of its income.
Charterers
The tax exemption applies to:
• Profits derived from the operations of chartered ships
• Interest income relating to the working capital of the company.
• Dividends received from the above profits
•
As per the provision of the law, in order for the exemption to apply, the option to register for Tonnage Tax should be exercised for all vessels and at least 25 % of the net tonnage of the vessels or the bare boat chartered to be owned.

Royalties
10 %. This can be reduced depending upon the provisions of the relevant double tax treaty and where the EU Interest and Royalty Directives apply. Sourced from Cyprus means royalty income from intellectual property used in Cyprus to generate income.
Where a Cyprus company is granted the right to use a patent, trademark or innovation outside Cyprus there is no withholding tax on payments to the licensor and the Cypriot company is taxed at the corporate income tax rate on the profit margin that it realizes on the use of the right, subject to an 80 % exemption.

EU Interest and Royalty Directive
The EU interest and royalty directive came into effect on 1 January 2005. It provides that interest and royalty payments in one EU member state are exempt from any withholding taxes imposed on those payments in that state, provided that the
state.
For the directive to apply the companies must be associated. The interest or royalty must be on an arm’s length basis. The directive will not apply to what is considered to be in excess of an arm’s length amount.

Film rental
The gross amount of any rental in respect of the showing of a tax resident, is subject to a 5 % withholding tax.