The Examinership Procedure provides protection to companies in distress by affording them a period of protection from their creditors.

Home  /  News / Publications  /  The Examinership Regime in the Republic of Cyprus 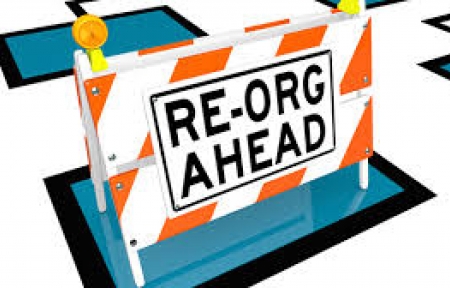 PROTECTION UNDER THE EXAMINER SCHEME
Protection under the examiner scheme may be sought, upon application to the court by; (a) the company, (b) a creditor or a prospective creditor, including an employee, (c) a shareholder of the company, holding at 10% of the paid up share capital (d) guarantor under a guarantee made pursuant to the provisions of the Cyprus contract law, Cap 149, the court may place the company under its protection for an initial period of four months from the date of the presentation of a petition, unless the petition is dismissed or is withdrawn. The protection period may be extended for another sixty days upon application by the Examiner

In petitioning the court, the petitioner has a duty to exercise utmost good faith in the preparation and presentation of the petition.

INDEPENDENT EXPERT’S REPORT
The purpose of the Independent Expert’s Report is to provide the court with an expert opinion on whether the company has a viable future and if so what steps or possible arrangements can be made so as to secure the viability of the company, including the statutory provisions which are included in the Examinership Procedure. The Independent Expert must furnish the court with an opinion as to whether saving the whole or any part of the business of the company will be more advantageous to the shareholders and the creditors as a whole, than the alternative of winding-up. In providing his/ her expert opinions and recommendations the Independent Expert must do so in good faith.

The independent Experts Report is not binding on the court but rather it is persuasive. The level of influence will depend on the degree and extent to which the expert supports his/her opinions with his/her own objective reasoning or justification and his/her appraisal of the material factors relied upon for reaching his/her conclusions.

APPOINTMENT OF AN EXAMINER
The court shall appoint an examiner where there is a reasonable prospect of salvaging the company or the entire or part of the business of the company. The authority of the court to appoint an examiner is discretionary thus the petitioner does not have the right to have an examiner being appointed. The court’s discretion shall be exercised only if the court has been satisfied that the company itself, or its business or part of its business has a real prospect of surviving and the company, or its business may continue as a going concern. Disposing the business and the assets of the company does not constitute does not constitutes a real prospect of the company continuing.
In appointing an examiner, the court will take into consideration whether any creditor may be prejudiced and whether the rights of the employees of the company will be adversary affected. The court will also consider the fact that the examiner’s role is wider and will take broader considerations into account, such as the interests of employees (who are also less protected as contingent or future creditors) and maybe disinclined to order the appointment of a receiver because the receiver will protect the rights of secured creditors and to realize secure assets of the company.

EFFECT OF PROTECTION
Upon the appointment of the examiner by the court and for the duration of the protection period, the rights of creditors are suspended, and creditors may not pursue any action against the company or against the company’s assets and no petition to wind-up the company can be brought. If there is an outstanding winding- up petition at the time of the petition to appoint an examiner, both petitions should be heard together, and if the court decides not to appoint an examiner, it may make a winding-up order. The court will refrain from appointing a receiver once a petition to appoint an examiner has been filed with the court. If a receiver has been appointed for thirty days or less, the court may order the receiver to cease to act or to act only in relation to particular assets of the company. Furthermore no action can be taken to realise any security, or enforcement be made in relation to company assets, without the examiner’s consent.

The company may not pay any of its pre- emption debts during the examinership process unless this is recommended in the independent expert’s report, or if the court sanctions such a payment on the application of the examiner, creditor or member.

Similarly, during the protection period, no guarantee can be enforced against any third party who is a guarantor which has undertaken to pay any company debt.

Creditors with retention of title rights over property (usually stock in trade) in the company’s possession are prohibited from recovering their goods without the consent of the examiner.
No legal proceedings can be brought on the grounds of oppression under Cap113, and any other proceedings against the company can only commenced with the leave of the court.

POWERS AND AUTHORITIES OF THE EXAMINER
Once appointed, the examiner is vested with the rights and powers of the auditor of the company but he/she must discharge her or his duties in good faith.

Upon his /her appointment and within sixty days, (or such longer period as may ordered by the court) from his /her appointment, the examiner, is required to formulate proposals and to put in place a scheme of arrangements which will enable the company to be rescued. The examiner is furnished with wide powers in putting together a suitable scheme of arrangement. The company officers have duty to provide reasonable assistance to the examiner in the performance of his/her functions.

The court may furnish the examiner additional powers including the powers of the directors and/or the liquidator’s powers but this means that the examiner will be liable on any contract entered into by him/her (in the name of the company or as an examiner) in the performance of his/her duties.

In the event that during the course of his /her appointment, it becomes apparent to the examiner that it is not possible to rescue the company, the examiner should immediately bring this to the attention of the court. Failing to do so may have a negative impact on the examiner’s ability to obtain approval by the court for his /her remuneration, costs and expenses.

SHAREHOLDERS’ AND CREDITORS’ MEETINGS
The examiner may convene shareholders’ and creditors’ meetings for the purposes of approval, rejection or adjustment of the examiner’s proposals.

In putting his/ her proposal forward the examiner must take into consideration the position of the creditors of the company and the classes of shares of the shareholders and how such interests will be affected.

ACCEPTANCE OF PROPOSALS
Approval of the proposals of the examiner by the creditors must be by majority. Non approval of any proposed scheme for the company rescue, will lead to a court order winding up of the company.

The court’s approval of the examiners scheme, constitutes a confirmation of a balancing act between the various parties which are affected by the examiner’s proposals. The failure of the affected parties to agree on the examiner’s scheme or non-approval by the court will result in the winding up of the company.

CONCLUSION
The Examinership Procedure affords companies faced with financial difficulties with some “breathing space” thus allowing them to continue as viable businesses where this is attainable. This is a tool that if used correctly and in a timely manner has great potential for the economy.
It is by no means a way for companies to evade their creditors or liabilities.